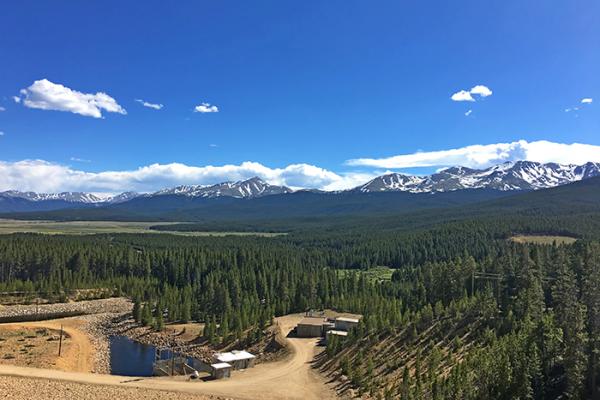 The Sugarloaf power station is a 2,500-kilowatt hydroelectric generating station located on the Mount Elbert Conduit just downstream of Turquoise Lake near the town of Leadville, Colorado. The facility generates power from water flowing through the conduit from Turquoise Lake on its way to the Mount Elbert hydroelectric station. Flows from the lake into the conduit and the Lake Fork are directed by the U.S. Bureau of Reclamation which owns the dam at Turquoise lake, the conduit, and the Mount Elbert hydro station. Sugarloaf has a single horizontal Francis turbine unit which produces approximately 6 million kilowatt-hours of clean energy in a typical year. The Sugarloaf facility was commissioned in 1985 and operates under a license from the Federal Energy Regulatory Commission (FERC Project No. 3819) which expires in 2032.