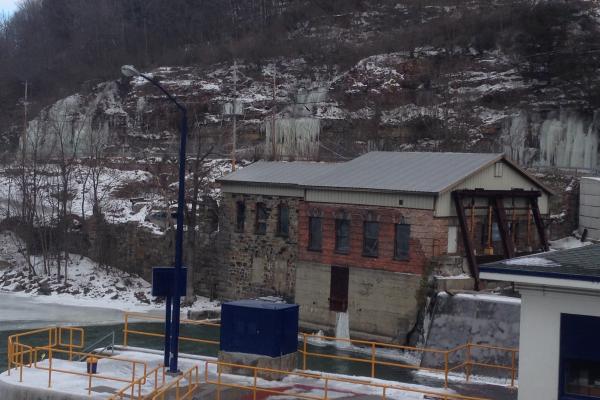 The Champlain Spinners power station is a 700-kilowatt hydroelectric generating station located in the town of Whitehall, New York. The facility is located at Lock C12 on the Champlain Canal, one mile south of Lake Champlain, where the Canal has merged with and roughly follows the former route of the Mettawee River. The facility was originally developed to supply power to an adjacent silk mill from which it takes its name. It was refurbished and upgraded in 1906 as a 3-unit, 500-kilowatt hydroelectric facility and ran in that configuration until 1956. The hydro facility was rehabilitated again in 1992 with two newer turbine-generator sets making a combined 700 kilowatts. It produces nearly 2 million kilowatt-hours of clean energy in a typical year. Champlain Spinners operates under an exemption from licensing from the Federal Energy Regulatory Commission (FERC Project No. 5296).