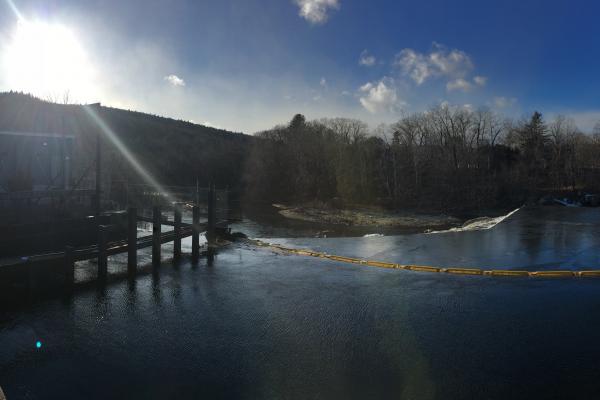 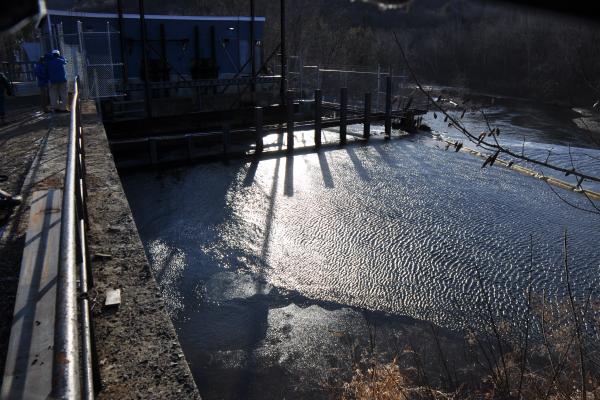 The Indian River Power Supply station is a 1,400-kilowatt hydroelectric generating station located on the Westfield River in the town of Russell, Massachusetts. The facility’s two double-runner horizontal Francis turbines produce approximately 4 million kilowatt-hours of clean energy in a typical year. The dam and facility were originally built in 1909 as part of the Westfield River Paper Company. The original facility was decommissioned in 1994. Its turbines and generators were replaced between 2009 and 2011 with the current equipment. Indian River operates under an exemption from licensing from the Federal Energy Regulatory Commission (FERC Project No. 12462). 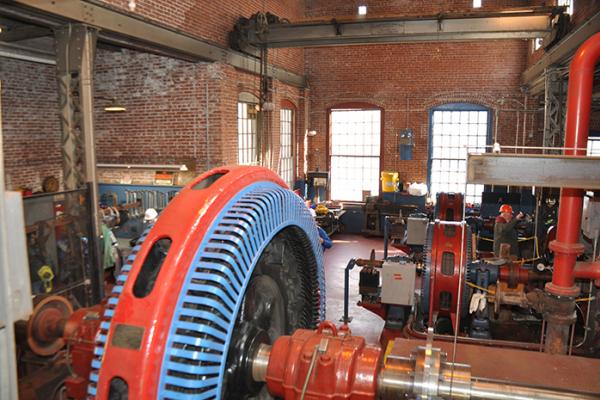 The Woronoco station is a 2,700-kilowatt hydroelectric generating station located downstream of Indian River at Salmon Falls on the Westfield River in the town of Russell, Massachusetts. The site was first developed in the 1870s as part of Strathmore Paper Mills, which was later acquired by International Paper. The paper mill closed in 1999. The current dams on the site date to 1938 and 1950. The current generating equipment includes two horizontal Francis turbines installed in 1975 and a third installed in 2015, replacing a unit that had dated to 1918. The facility now generates over 12 million kilowatt-hours of clean energy in a typical year. It is licensed by the Federal Energy Regulatory Commission (FERC Project No. 2631) through 2042.