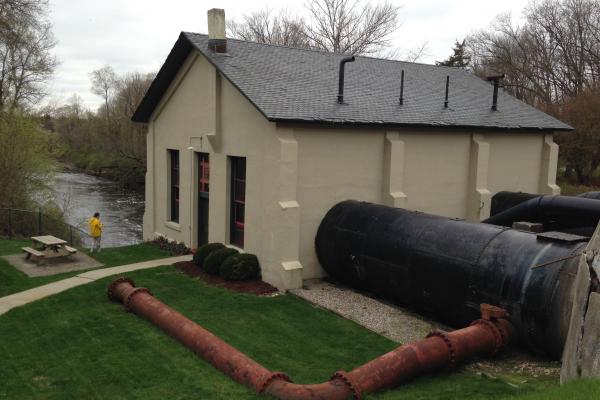 The Fallasburg power station is a 900-kilowatt hydroelectric generating station located on the Flat River near the town of Lowell, Michigan. The facility is equipped with two horizontal quadruplex Francis turbine units. The facility produces approximately 5 million kilowatt-hours of clean energy in a typical year. The Fallasburg facility was constructed in 1983 and has undergone several upgrades since. Fallasburg operates under an Exemption from the Federal Energy Regulatory Commission (FERC Project No. 7223) that was issued in 1985.