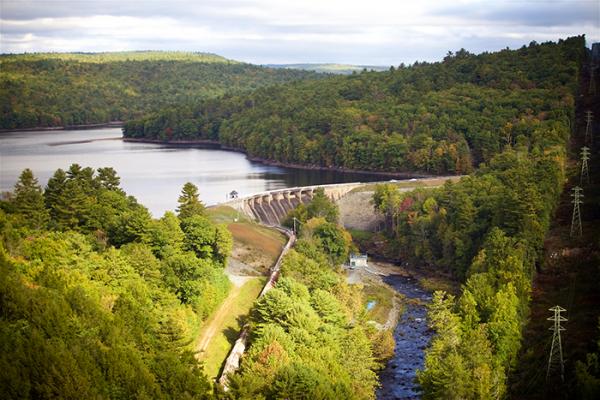 The Mongaup River System consists of five reservoirs and three hydroelectric stations that work in combination to use the available water resources from the 200 square mile Mongaup River Basin to provide nearly 60 million kilowatt-hours of clean electric power each year for the citizens of New York State and beyond.

Swinging Bridge, Mongaup Falls, and Rio are all licensed by the Federal Energy Regulatory Commission (FERC Project No. 10482, No. 10481, and No. 9690). Their current licenses were issued in 1992 and expire in 2022. Eagle Creek has initiated the relicensing process for all three projects.

Please see the Relicensing link at the end of this page.

For information on permitting of structures on the shorelines of Toronto and Swinging Bridge reservoirs, please see the Community Information link at the end of this page. 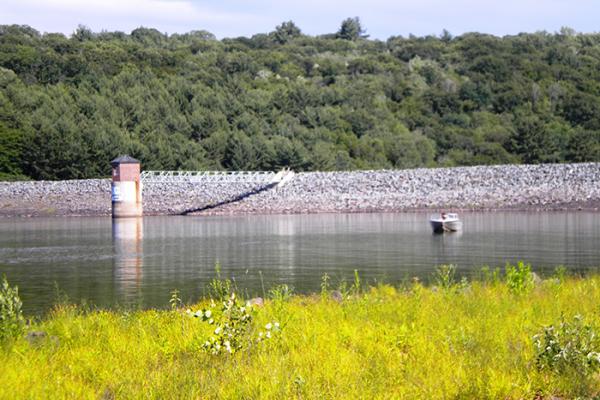 Swinging Bridge is a 6,750-kilowatt facility and is the most upstream of the power generating stations on the Mongaup River. Swinging Bridge Dam was built in 1930, and Powerhouse 1, containing a 5,000-kilowatt turbine/generator, was commissioned at that time and operated until it was permanently retired in 2005. Powerhouse 2, containing the 6,750-kilowatt turbine/generator, was commissioned in 1937 and is still in operation today. The Swinging Bridge Project, as licensed by the Federal Energy Regulatory Commission (FERC), also includes Toronto Reservoir and Cliff Lake on Black Lake Creek. Water from Toronto Reservoir flows downstream to Cliff Lake, from which a portion of the water is diverted via an underground tunnel to Swinging Bridge Reservoir.

Swinging Bridge Reservoir and Toronto Reservoir are the largest reservoirs in the system at approximately 900 acres each. They are the only two reservoirs that allow power boating, and the only two that have homes and developments on them.

Beginning in 1994, the project released a portion of the water at the base of the dam to maintain flow in the Mongaup River when the main units were offline. In 2019, Eagle Creek completed construction of a new 1,100-kilowatt turbine/generator unit in a new powerhouse near the base of the dam to generate additional power from this water, similar to the unit that Eagle Creek installed at Rio in 2013 (see below).

Mongaup Falls, a 4,000-kilowatt station, was the first power station to be developed on the Mongaup River. The dam and powerhouse, with three 1,000 kilowatt turbine/generator units, were completed in 1923. A fourth unit was added in 1927. Mongaup Falls is downstream of the confluence of the Mongaup River and Black Lake Creek. A dam on Black Brook, to the east, formerly diverted water from that stream into the Mongaup Falls project as well, but that diversion was taken out of service in the 1980s. 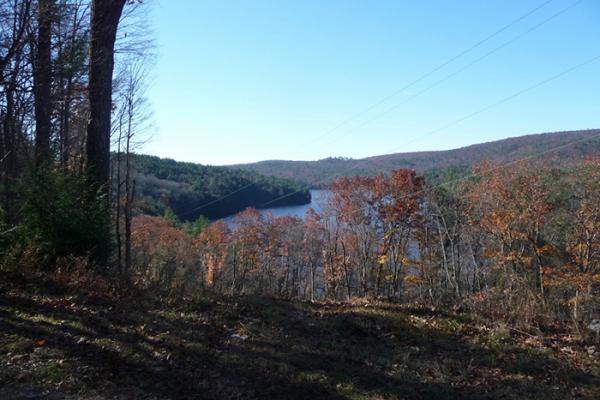 Rio, a 10,800-kilowatt station downstream of Mongaup Falls, was the second development on the Mongaup River. It was completed in 1927 with the existing dam, 7,000-foot penstock (pipeline), and a powerhouse containing two 5,000 kilowatt turbine/generator units. The configuration of the plant means that the water used for generating power originally bypassed nearly two miles of the Mongaup River between the dam and the powerhouse. Beginning in 1994, the project released a portion of the water at the base of the dam to maintain flow in the Mongaup River. In 2013, Eagle Creek completed construction of a new 800-kilowatt turbine/generator unit in a new powerhouse near the base of the dam to generate additional power from this water that does not flow through the main generating units. The Rio Station now makes efficient use of all of the water in the Mongaup River while maintaining aquatic habitat from the Delaware River all the way up to the base of the Rio Dam.

The Mongaup River downstream of Rio contains a section of rapids popular for whitewater kayaking when one or both main turbines are online. Eagle Creek schedules certain water releases every other weekend from April through October. More information is available on the Whitewater Recreation page.  In addition, Eagle Creek generally posts a generation forecast for the next day on its website; please see the Lake Levels page.