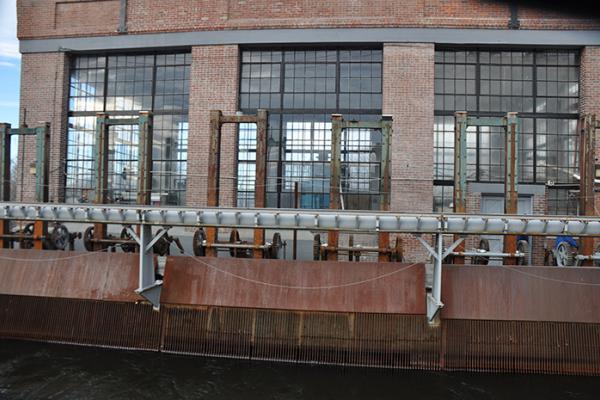 The Pepperell hydroelectric power station is a 2,139-kilowatt hydroelectric generating station located on the Nashua River in the city of Pepperell, Massachusetts. It is located at the site of the former Pepperell Paper Mill, first developed using water power from the Nashua River in 1834. The current dam and powerhouse were built in 1920 by the Pepperell Paper Company, while the turbines have been upgraded in 2007 and 2013. This facility currently produces approximately 8 million kilowatt-hours of clean energy in a typical year from three existing turbines. Under a new license from the Federal Energy Regulatory Commission received in 2015 (FERC Project No. 12721), Eagle Creek is constructing fish passage facilities and a new 67-kW minimum flow turbine that will generate an additional 300,000 kilowatt-hours of energy per year.