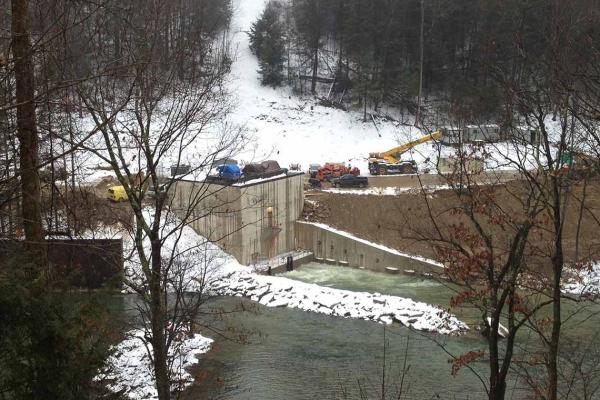 The Mahoning Creek Hydroelectric Project is a 6 MW hydroelectric facility at the U.S. Army Corps of Engineers (USACE) Mahoning Creek Dam, located on Mahoning Creek in Armstrong County, Pennsylvania. The project includes a 50-foot-high intake structure attached to the upstream face of the dam, a 1,090-foot-long, 10-foot-diameter penstock, and a powerhouse containing a 4-MW and a 2-MW vertical-shaft generating unit. Construction of the project began in March 2013 and the facility began commercial operations in December 2013. Mahoning Creek is expected to produce a long term average generation of 19,243 MWh of electricity annually for 50 years, which is enough to power 1,850 homes.