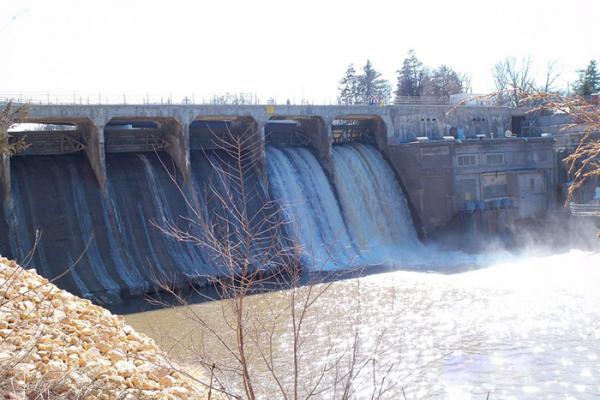 The Rapidan power station is a 5,000-kilowatt hydroelectric generating station located on the Blue Earth River near the town of Mankato, Minnesota. The facility is equipped with two Allis Chalmers turbine units. The Rapidan power station produces approximately 23 million kilowatt-hours of clean energy in a typical year. The facility originally entered service in 1911 and was refurbished in 1984. North American Hydro has operated Rapdan since 2004 under an exempt license from the Federal Energy Regulatory Commission (FERC Project No. 3071).